Warmth for 879 children on Lesbos and Samos

Looking back on our trip to Lesbos

Photographer Tony Dočekal travelled with Sheltersuit to Lesbos to capture the situation in the camps and to hand out suits to children in need. She was there because Sheltersuit - in addition to handing out suits - wants to portray the problems in the refugee camps. On the Greek islands, thousands of children are stuck because they are not allowed to enter Europe. The islands are not prepared for such large numbers of people. Living conditions become more distressing as temperatures drop. Together with UNICEF, Sheltersuit has handed out 879 suits to children in need.

First time to a refugee camp

Tony's been traveling a lot for Sheltersuit. She has helped to hand out suits in New York, Chicago, Dortmund and Cape Town. This was her first trip to a refugee camp. She flew to Lesbos together with Bas, the founder of Sheltersuit. "On the plane, Bas tried to prepare me for what I was about to see. Preparing for a situation like this appeared impossible. The hopelessness and the stark atmosphere in the camps is very distressing. It smells very strange. The smell of thousands of people living that close together. It's awful."

Sheltersuit has recently developed special suits for children in need. There are different variants such as sleeping bags, walking suits similar to children's ski suits and a children's edition of the Sheltersuit has been made. This is a zip-off jacket with sleeping bag that can also be used by older children. 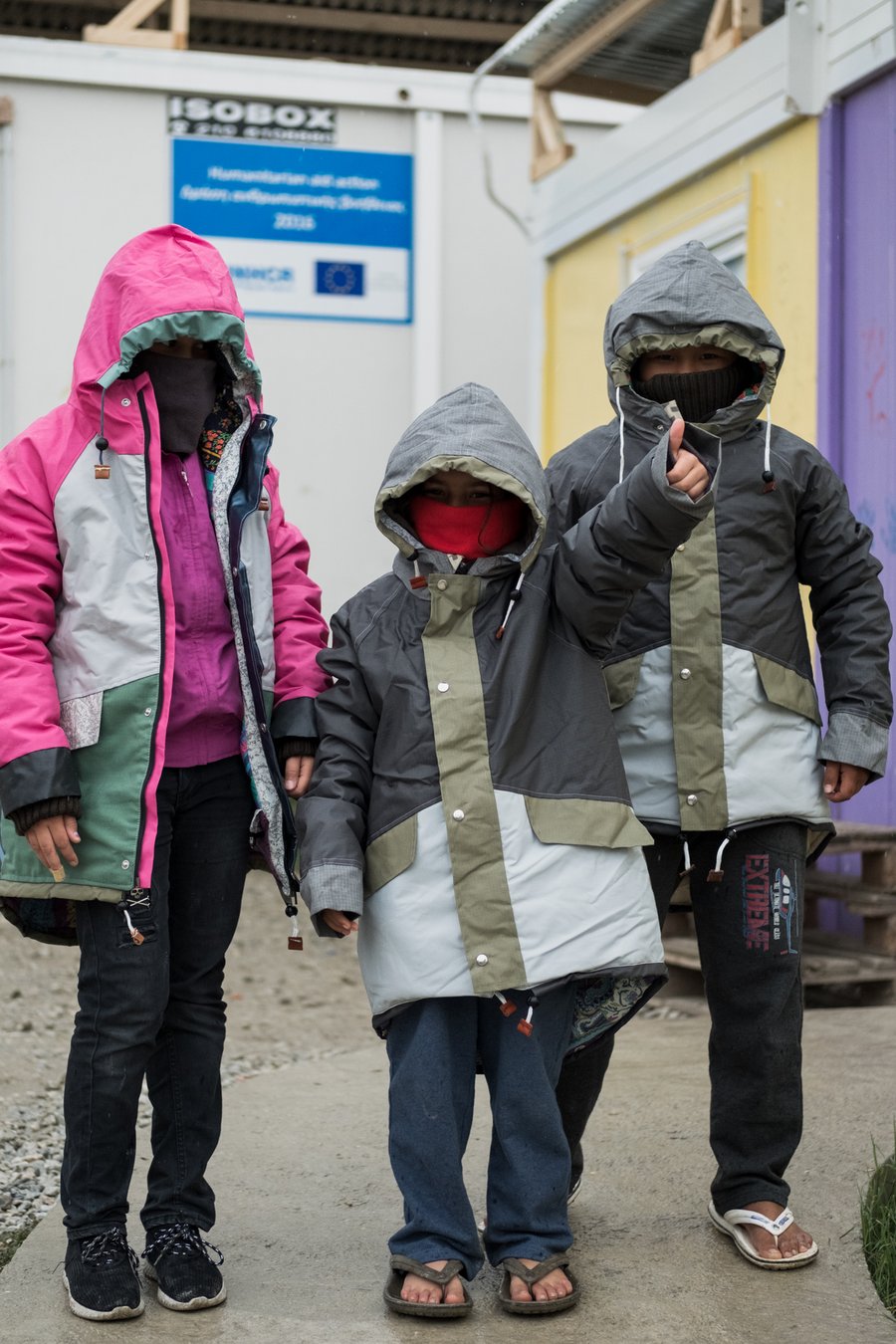 These suits are made because children in refugee camps are suffering a lot. In total there are more than 37,000 children stuck in Greece. Besides families, there are also many children without parents who are often severely traumatized. More than half of them are under 12 years of age, according to UNICEF figures.

The children who have experienced the most are in the Safe Zone. This is an area for unaccompanied minors in camp Moria where UNICEF supervises. Sheltersuit handed out the children's suits here. "We first came here on Monday morning. The Safe Zone accommodates orphans, extremely traumatized children and children who have lost their parents during the dangerous trip to Europe. It is very difficult to see the suffering that these children have lived through. You can see it in their faces, like a shadow hanging over them. The carefree inner child is completely gone." 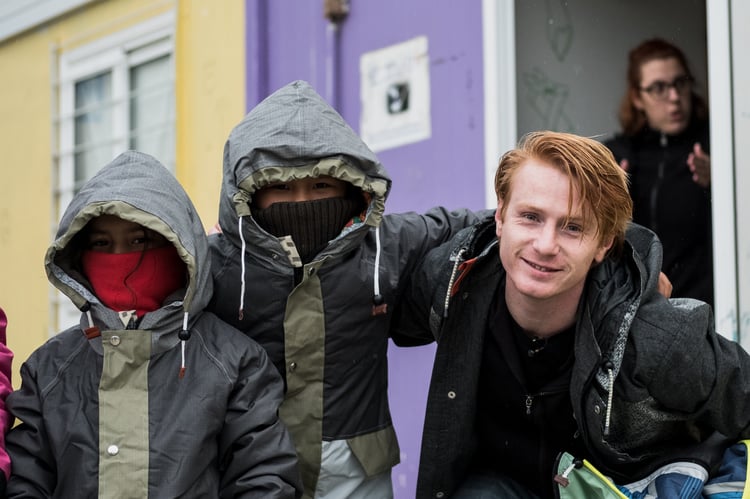 During the handout there was a friendly atmosphere. "The kids were told in beforehand that there would be a surprise for everyone. The last few days it had rained a lot and all their clothes were wet. The Sheltersuits we brought were warmly welcomed. The parents too, were very happy that their children were warm and dry again."

Surviving in a hopeless situation

Not every child can stay in the Safe Zone. There are also many children in the camps who have to survive on their own. Even during the cold winter months. Many children are walking outside in the cold without a coat or shoes. Once their clothes are wet, they hardly dry under the current weather conditions. The families live in the open air or in leaking tents.

Tony: "Take this family with an 11-year-old boy. They have been staying in a tent in camp Moria for six months. They have escaped from the war in Afghanistan. We gave the boy a Sheltersuit, and asked him about his greatest wish. His answer? I hope that I will survive this. Not just me, but all the children who live here. And if I don't survive this, I hope my sister will."

What I've seen on Lesbos - as a photographer for Sheltersuit, but also as a European citizen - makes me sad and angry.

In order to show the problematic situation, it is important to have real conversations with people. "A lot of people come to mind when I think back to Lesbos. I think about all the parents and the impossible choices they have to make. They left everything behind to make a dangerous journey with their children, in hope for a better life. For example, we were invited to a tent. The man proudly showed his little garden. He told us that he had been attacked a few days ago. His wife had to go to the toilet in the night, when there is no power. He joined her to light the way with a flashlight on his mobile phone. Then he was suddenly attacked by men with a knife who wanted to rob him of his phone. He kicked and screamed for help, under no circumstances would he give in. Why didn't he give the phone? It was his last and most important possession. On his phone were so many dear pictures and it's their only way of staying in touch with his family. Unbelievable."

It saddens Tony to see all these people and children trapped here, and to have Europe not responding in the right way. "It seems as if nobody knows what to do next... It is dangerous, inhumane, and certainly not a place for children."

Tony's stories and pictures are shown in this article.