Kika Buhrmann and her family exchanged Switzerland for the Big Apple one and a half years ago. From Swiss order and calm, they transitioned to New York hectic and rawness.

"People hardly care about each other here," says Kika. “Commuters on their way to work pass the homeless in the subway. It is as if they don't exist. That's no way to live life.” 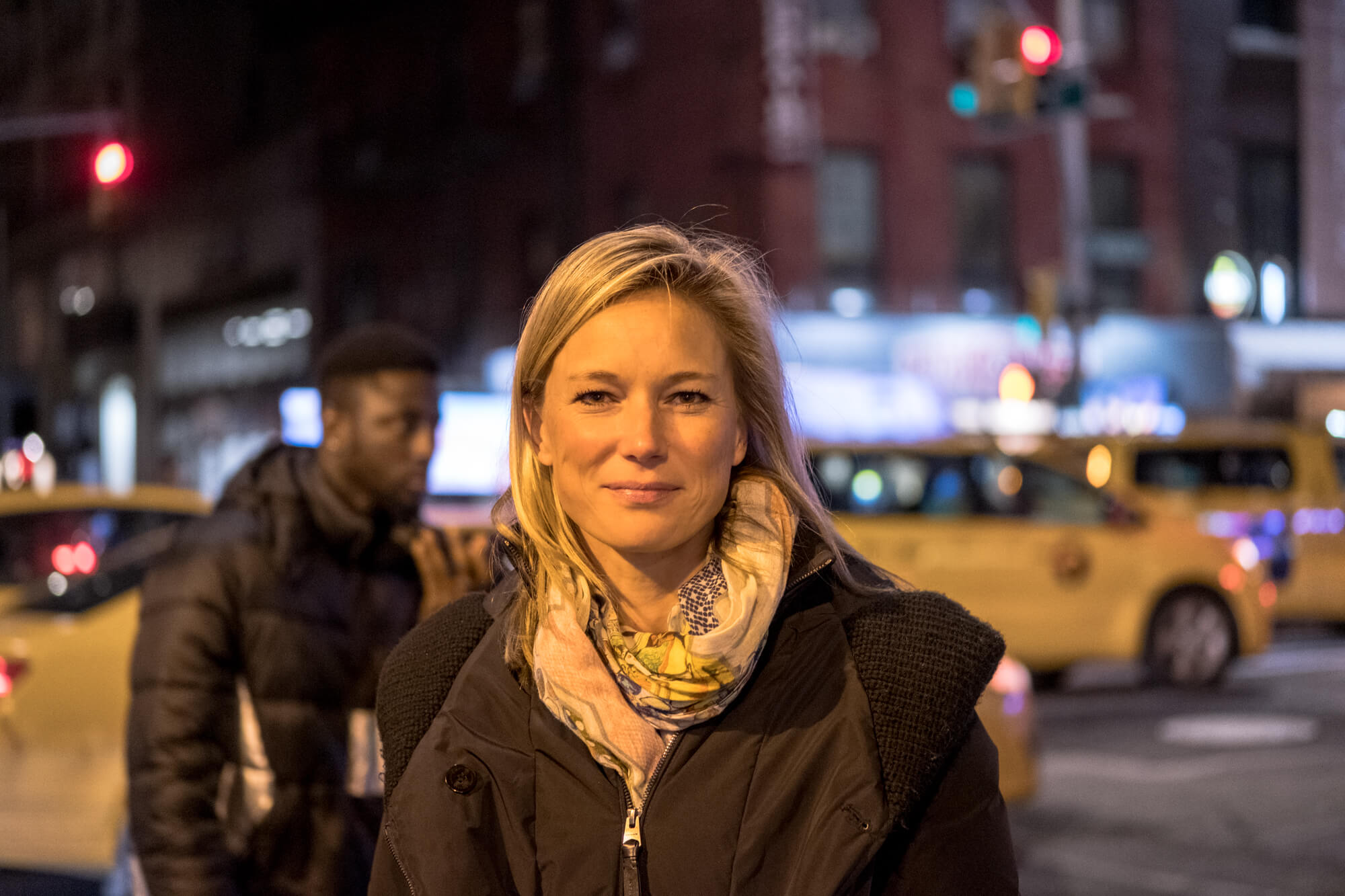 Learning to really see each other for who we are, that's what Kika wants. It's a wonderful goal, but how do you go about this on your own? What does a homeless person really need and how do you approach someone who is roaming the streets? Kika had been looking for answers to those exact questions for a while, until she decided to join a volunteer organization.

Helping with the entire family

In time, she was introduced to the Manhattan Church of Christ with its sub-community The Community of Hope. Their philosophy is to reach out to the community as a family. “That idea appealed to me because it teaches my children that not everyone in this world has an easy life. There are big differences between people, but everyone belongs. Nobody should ever be invisible.”

Recently, Kika's family was out doing groceries. On the street they ran into a young homeless woman. She was five months pregnant. "Heartbreaking," says Kika, "but kids simply see through that, they're just curious." The children fired a string of questions at the young woman. Have you been walking around with that round belly for a long time? And why do you live on the street? "We then made some purchases together," says Kika. Afterwards, the young woman was in tears. She was happy to have enough to eat that day. More importantly, she had not been a beggar for a short while, but an equal. "There you have it. With a few dollars you can help someone. And truly connect!”

Homeless people want to be seen

Over time, the barrier to approaching homeless people has decreased for Kika. She goes on to say that she rarely gives money to people who live on the street. She would rather ask if someone needs something. She was initially surprised that she never received answers such as "a job," "a house," or "money."

The homeless people she encountered mainly indicated that they want to be seen. They want to engage in conversation. “They crave recognition that they are human. Just like you and me. If we start with that, we can already make a difference.” What further affected Kika were the stories that she heard! “These people have gone through a lot. They are powerful personalities, each with their own remarkable history.”

In addition to volunteering for the Community of Hope, Kika began looking into how she could do more to help the homeless. In her feed on LinkedIn, she regularly came across the Sheltersuit Foundation. “Their approach immediately appealed to me. With the Sheltersuits you support someone at the toughest time in their life. The suit forms a bridge to a better future.”

Kika then contacted Noelani Reyes. She is the face of the Sheltersuit Foundation in New York. “I was impressed by her urge to act. She is very entrepreneurial and determined to make a difference for vulnerable homeless people. “I recognized much of myself in Noalanil's story, because just like her I used to be an entrepreneur. In setting up the New York department, I can support her in terms of networking and recruiting skilled people.”

For that reason, Kika began approaching people who work in the fashion industry. Do they have any materials left over? Additionally, she knows many people who work for multinationals. “Those companies often have Corporate Social Responsibility programs. I point them to the Sheltersuit Foundation, because everything is aimed at giving this organization a quick start in New York.”

Boost from talking with Jeremiah

In February, she and founder Bas Timmer handed out several Sheltersuits to homeless people on the streets of New York. "I had seen photos of those moments in the past but was now able to experience it myself." Her meeting with homeless New Yorker Jeremiah really made an impact on Kika. Jeremiah’s dream was to travel to Florida where it is nice and warm. “Because he had very cold hands, we bought gloves and a pizza slice for him. We struck up a wonderful conversation. About life. That's how you really get to know people. That meeting gave me an even stronger drive to commit myself to the Sheltersuit Foundation.”

“I used to practically look away when I saw a homeless person,” says Kika,. “Just as many others, I found it too confrontational. Nowadays I will be the one to reach out to them. What's your name? What can I do for you? That approach has allowed me to meet some very remarkable people, who have enriched my life.” Near the entrance to the subway, Kika met Noemi, a homeless woman. A number of times they drank a cup of coffee together. “Sometimes we go to the supermarket. But especially our conversations and human contact are what matter most for Noemi.”

Anyone can take action. Kika recommends doing this in a safe environment first. She gives the example of a soup kitchen where homeless people can come enjoy a meal. “You have to realize that each of those people has ended up there, due to a combination of circumstances.” In the United States this can happen, simply if you are unable to pay your hospital bill.

Kika encourages people to overcome their apprehension. “Give homeless people back their humanity. They too are part of society. With a little bit of your time, you could have an incredible impact on their lives. "

Bittersweet farewell to the sewing workshop