Before the start of the winter, we want to hand out 3,000 Sheltersuits.

We have a problem on the doorstep of Europe: many people, including young children, are homeless or on the run. Governments are not taking appropriate action, nevertheless, we can help. Before the start of the winter, we want to hand out 3,000 Sheltersuits. We will be starting on Lesbos, in Dunkirk and in Sarajevo. Why, we will explain to you here.

The refugee crisis has now turned into a migration crisis: due to the Turkey deal, thousands of people are stuck on Lesbos. The camps are bursting, resulting in undignified and intolerable life conditions.What had been clearly noticeable after our first visit last year already has remained unchanged. “It was a big headline in the news that 2.000 people were moved from Lesbos to the mainland. What the media kept silent about was the fact, that roughly the same number of people arrived on Lesbos within the same month”, says the Boat Refugee Foundation. Those thousands of people now have to live together in a crowded, unsanitary and unsafe camp: the Moria Camp. In front of the camp, young children, with or without their parents, are lying on little cardboard boxes with nothing more than a few blankets. Enforced, as a space meant for 3,000 refugees is now catering for about 9,000 people. The waiting times for a first interview in the Greek asylum procedure have risen to over a year for refugees with a “vulnerability status”. Up until this point, they have to survive without any shelter. Transit is no longer possible since the agreement between Turkey and the EU has been made. Sheltersuits are more than needed: the temperatures on Lesbos can easily fall below the freezing point. Especially the piercing winds and precipitation will make life for any refugee inside or outside the camp unbearable again. There is no point in waiting for politics to provide a solution. All of those people are sincerely in need of help. Last year, we were able to distribute 1,100 Sheltersuits to children and vulnerable adults in Lesbos. This year, again, it is up to us to return with more.

Hundreds of people, fleeing the war in their home country, are tucked away in the woods without any tents, captured by the French police.A year ago, the camp in Calais, also known as ‘the jungle of Calais’, was razed to the ground by the French police. At its peak, 10,000 immigrants are now left to stay here. In order to prevent human trafficking and the set-up of new camps from happening, patrols are done on a 24-hour basis. According to volunteers, the police do not shy away from cutting up tents, taking sleeping bags away and sometimes even put pepper spray into use. In the meantime, the French government is doing its best to pressure the immigrants into leaving the country by imposing new – and highly controversial – legal obstacle. As a result, people can be found on the streets, in parks, in empty buildings, under bridges or on industrial sites. Most migrants are men. But in the woods of Dunkirk, 40 kilometres further away, dozens of families are hiding – hundreds of children and adults – without any access to tents, sleeping bags, food, or sanitation. In other words: They have nothing. As the temperatures keep dropping and the rain from the terrain will soon create another quagmire, it is just a matter of time until everyone is on their own again. Around a thousand people are still between Dunkirk and Calais, hoping for shelter. 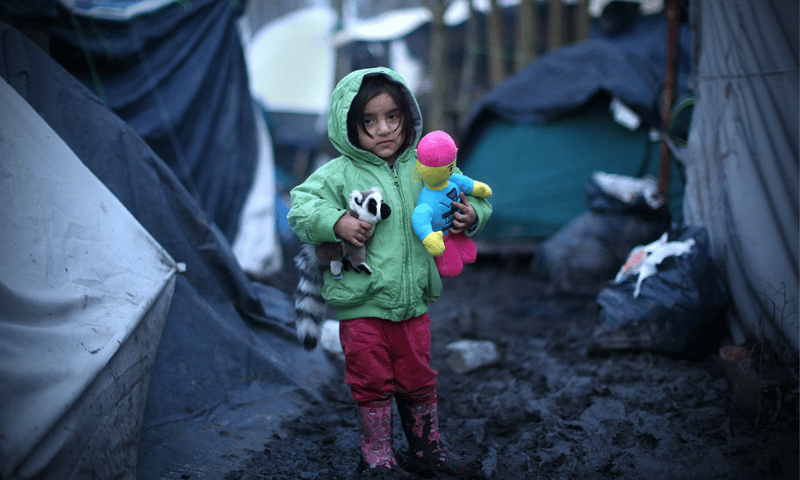 Rejected by Europe, hundreds of refugees are stuck without any shelter in a country that cannot help them and where temperatures will soon turn -20°C.Because it is becoming increasingly difficult to cross the border between Serbia and Hungary, a new escape route has been created along Bosnia. According to the authorities, there have been around 20,000 refugees this year to go on this tough journey and reach the E.U. Member State Croatia. But upon their arrival, they are being violently intercepted by the Croatian police and sent back to Bosnia: a country that does not want them and cannot help them. A country, where temperatures can drop past freezing point to -20°C. Bosnia, burdened with its own economic and political issues, has waited too long to open the first shelters. While temperatures are dropping rapidly, thousands of refugees are desperately seeking protection. A number of camps have now been built along the borders. But with hardly any money, poor infrastructure and fragile institutions, Bosnia is not able to build a camp in the capital city Sarajevo before Winter sets in. Now that the weather conditions have turned the route into an impossible journey, hundreds of refugees are to survive the tough winter in Sarajevo without any shelter and protection. 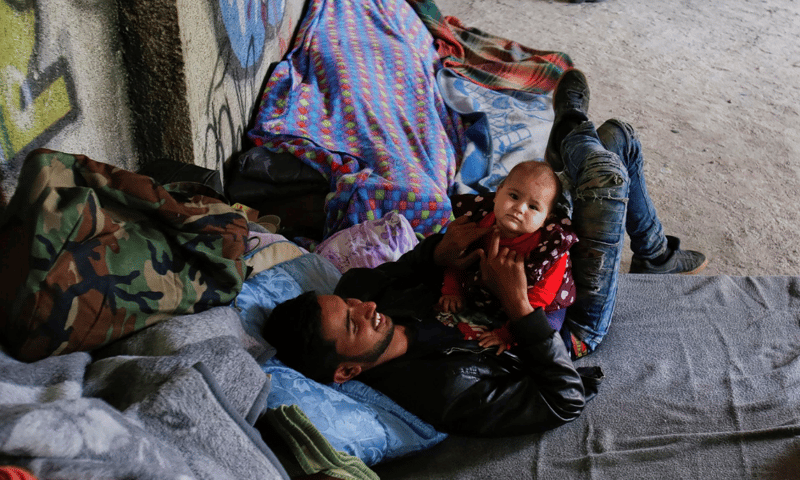 Help now: Donate a Sheltersuit or help us with spreading the word!

Maybe all this distress and need is giving you a feeling of powerlessness. But there is a way to help. You can financially support Sheltersuit by donating one or more Sheltersuits. And you can help us spread our emergency call on social media: help 3,000 people in our European backyard to survive the winter!

Thousands of Refugees are stuck in Europe’s Backyard